Here’s ours. Where’s yours? 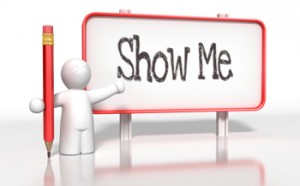 In March 2011 a powerful earthquake and tsunami hit Japan. Many of automaker Toyota’s suppliers were located in the affected areas. With suppliers unable to deliver products at the needed volume, Toyota’s production line came to a halt.

It took at over six months for Toyota’s supply chain to recover.

While it might not be at the same scale as Toyota, your business also relies on suppliers, vendors, and other businesses to continue operating. Even if you’ve been proactive and have prepared your Business Continuity Plan, you’re still at risk if your suppliers have not.

How to Make a Business Continuity Plan a Requirement for Vendors

When you source vendors to partner with, you have a number of criteria that must be fulfilled. Price is obviously one, as is capacity, lead-time, and whatever else is specific to your industry.

By adding a Business Continuity Plan to your list of requirements, you’ll show others in your industry that having one is just a cost of doing business with you.

By partnering with vendors who have a Plan, you’re building additional security into your own operation.

NOTE : Just because a vendor SAYS they have a Business Continuity Plan, doesn’t mean they do, or that it’s sufficient to protect you. Always ask to see the latest audit of their Plan so you can know for yourself. Also, ask for evidence that they’ve exercised their plan in the past year.

2011 was a huge wakeup call for Toyota, and they took immediate steps to address the causes of supplier downtime.

THE LESSON: Don’t get stuck with a single supplier. Build redundancies into your system, and always know where backups are.

THE LESSON: When redundancies aren’t an option, ensure suppliers are running with a ‘worst-case’ outlook. By assuming a disaster is coming, they can take simple steps to build a buffer and reduce downtime.

THE LESSON: Don’t put all your eggs in one basket. Vary suppliers by region so that if one goes down, others are able to pick up the slack.

Every situation is different. But the fact remains that a shortage or stoppage from your suppliers could be crippling for your business. It is absolutely imperative that you take preventative steps now by confirming your suppliers DO have a Business Continuity Plan in effect.

Then, think about Toyota’s changes, and see how else you can improve the distribution, inventory, and lead time of your suppliers.

Not sure how to have that conversation with your suppliers? Contact me at david@discenzabcs.com to learn more.